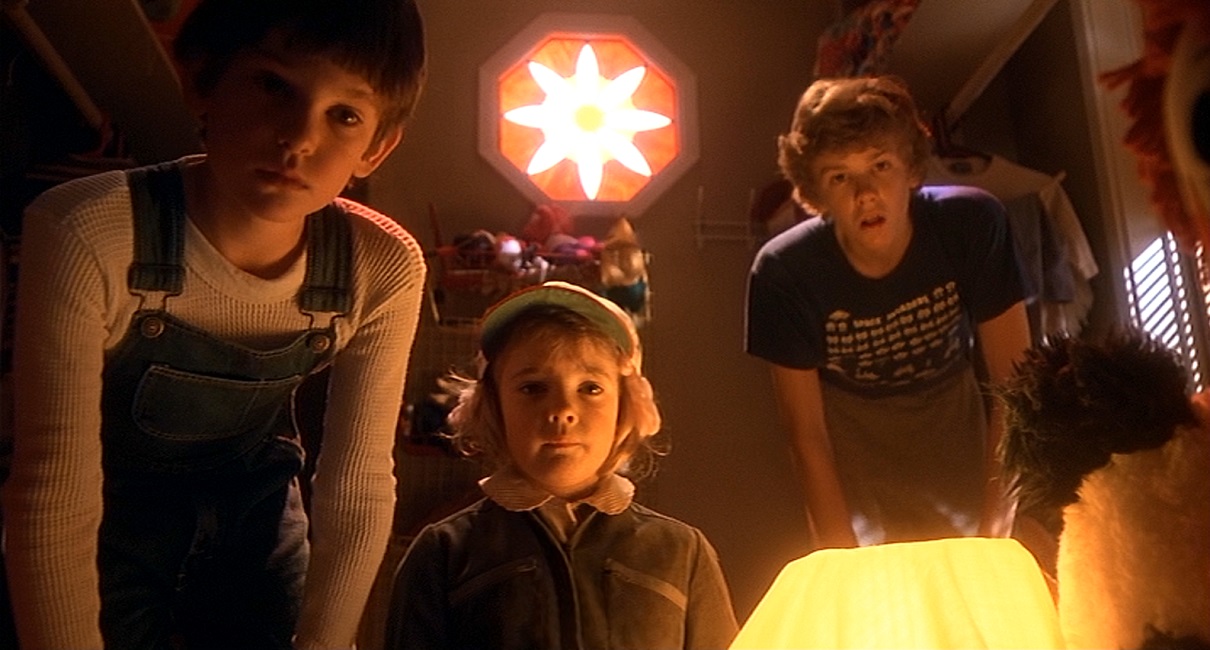 When I was a child in the 1970s I grew up in a neighborhood with three Vanessas within a house or two from our duplex – including my sister – a Polish Ecuadorian, the Jamaican Vanessa around the corner and the Mexican Vanessa in the house behind ours, just across the yard before they built fences between all the houses. Before they did that (built the fences, that is) we just roamed free among all the backyards of the developing neighborhood that served as a global tour of cultures. My first best friend was a young girl named Aysha whose parents hailed from Brussels and New Delhi whose house I would escape to for samosas, naan with raspberry jam and butter whipped together, and Bollywood movies at lunch on the TV.

Sometimes we would stir up all manner of bathroom and kitchen cleaner products with flour and baking soda just to see what would happen. Or ride around on our tricycles to meet up with other kids in the hood – like John whose disability had him using leg braces to walk or English Richard the auburn-haired kid with explosive freckles across his face who had a severe lisp and pronounced his Rs as Ws. we would ride around with our 4-year-old Hells Angels tricycle gang until it started to grow dark and then all vanish to our homes for dinner. Sometimes I would be over at the Portuguese family’s house down the street who would babysit me. On those afternoons, I was fed pancakes with strawberry syrup (not real strawberries, just that nuclear glowing red stuff that was mostly high fructose syrup) while my friend Manny kitbashed spaceship models together into new sci-fi vehicles that fired the imagination.

Then we would repair to the living room where we would sprawl on the shag carpet to watch Wonder Woman, The Six Million Dollar Man, Gilligan’s Island and G-Force until it was time to go back home.

Kids with bikes. That’s what it was all about.

So I wanted to go back to my friend Carlo’s podcast The Movie Loot and talk about the explosion of films centred around this time that came out in the actual 70s, 80s and 90s, and are now heavily referenced by the massively popular series Stranger Things on Netflix.

But you see, Stranger Things, though intending to pay tribute, be edgy – horrific even – and depict brought and tumble characters with troubled lives – still doesn’t hold a candle to the actual messy, often gravely problematic, utterly sublime experience of living in a world of danger, mystery, adventure, where you had better remember your address and phone number as a 4-year-old because the real risk of getting lost in the woods, kidnapped by a stranger, or wept away by aliens was all too real.

The films I am referring to should be easy enough to single out – Spielberg was exceptionally good at capturing the messiness of suburban family life which was needed to juxtapose against the supernatural events to craft true magical realism. We see it Close Encounters of the Third Kind, and E.T. – you may forget, until you rewatch these films – how much is just about plain old family life, its awkwardness, and heartache, and disarray, so that when we enter the outre- we can absorb it more wholly as a fact of the world wrought of the imagination unmediated by smartphones and streaming over the top cable-free programming driven by recommender algorithms.

So I wanted to place this bookmark here, which I will continue substantially on the Movie Loot podcast episode in a larger written work I have been planning for years. Quite frankly I have yet to see the term be used, so I wanted to date-stamp it. You can often identify these films by the crane shot descending over a quiet suburban street in what is usually Burbank California as a station wagon pulls up to a house and a collie dog pops out of the back of the car, with a bunch of kids tumbling out among baseballs, bikes, and grocery bags. Usually by the end of the first act we ‘kill the parents’ – which is to say – they go off somewhere leaving the kids to themselves. Or the kids are orphaned, or inexplicably alone and unattended. Which is when all the mayhem ensues. Think Gremlins, Back to the Future, Goonies, The Lost Boys, Stand by Me, The Boy Who Could Fly.

This also has various levels – the films targetted at children, at teenagers, and at adults. Beyond that we can extend the taxonomy to a variety of themes:
Space, Fantasy, Aliens, Monsters, Weird, Gross-Out, Identity-Swap, Extraordinary Worlds, Technology, Mystery, Toys, and Science.

We can also be assured that there will be archetypes (er stereotypes) aplenty. In the 80s this unfortunately often translated to racism, ableism, ageism, body-shaming, sexism, classism, and more. In other words – the Asian kid, the black kid, the Hispanic/Latin kid, the fat kid, the girl, the weird old guy, the nerd, the idiot/loser, the poor kid, the queer kid, the brainy kid, and so on. Oh and bullies. There are almost always bullies. (And Corey Feldman, Ethan Hawke or one of the Phoenix kids.)

However, the takeaway at the end was that this disparate group overcame their differences and working together overcame enormous struggle. Usually including the help of the bullies, who also had a turn.

It was a messy time, but everyone was truly in it together. Perhaps that is the contemporary yearning – that interaction and roughing out the meaning of our differences and how they ultimately contributed to finding solutions in the face of powerful adversity.

I will expand this post substantially, but in the meantime, to further explore the genre please check out my list of Suburban Magical Realism Films of the80s and 90s on Letterboxd.

←How To Stream Reaper Audio to Twitch via OBS

Cockos Reaper DAW: How To Record and Switch Between Takes of a Multitrack Recording→